Yikes: Chris Christie Got Booed at the Mets Game 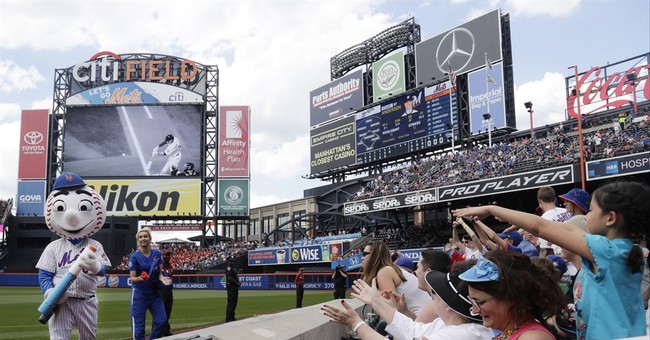 New Jersey Gov. Chris Christie (R) and the New York Mets have both seen better days. Christie is currently the least-popular governor in the United States, and the Mets are in fourth place in the National League East, and, as of writing, down 4-0 to the St. Louis Cardinals at the bottom of the fifth inning.

On Tuesday night, Christie went to the Mets game, and even managed to snag a foul ball--and was greeted by a chorus of boos once people realized who caught the ball.

Chris Christie caught a foul ball at Citi Field, then got heavily booed and dunked on by a dopey play-by-play guy pic.twitter.com/n2GpN0EEQd

The booing was so loud it could be heard on the television cameras, and to add insult to injury, the play-by-play announcer remarked that it was "nice to see [Christie] get from the beach to the ballpark."

Christie recently filled in for sports radio host Mike Francesa on New York's WFAN, and called a caller identified as "Mike from Montclair" a "communist" and a "bum" after Mike from Montclair mocked Christie's weight.

Christie is not eligible for reelection and his last day as governor of New Jersey will be January 16, 2018.