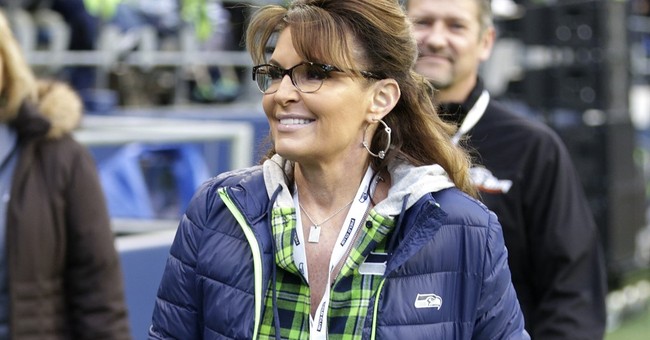 Former GOP Vice Presidential Candidate Sarah Palin is suing The New York Times for suggesting that a map on her website inspired the attempted assassination of then-Congresswoman Gabby Giffords in 2011.

The Times stated in an editorial published after the attack on the Republican baseball team that Jared Lee Loughner, who attempted to kill Rep. Giffords and killed six others, was inspired by imagery and rhetoric on her site. The NYT eventually issued a correction clarifying that there was no link.

The New York Times is well aware that any link between Palin and the Giffords shooting were long debunked, but they're going for it anyway. pic.twitter.com/BgzaQFQMz6

There has never been a shred of evidence found that suggested Loughner was inspired by (or had ever even seen) Palin's website. Loughner was found to have been a paranoid schizophrenic and had been obsessed with hating Giffords since 2007--long before Palin had burst onto the national political scene.

Good for Palin for the suit. It was absolutely absurd for the New York Times to drag up a long-debunked theory to smear Palin (and the right and Republican Party in general) for something she had absolutely nothing to do with. A map with crosshairs over flippable Congressional districts didn't inspire a massacre, and we've known this for years. Suggesting that it did is politics at its worst.