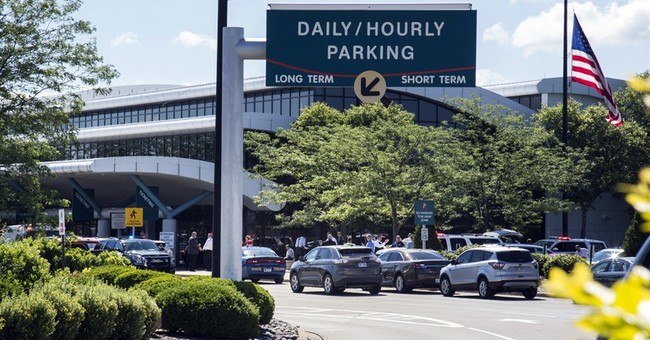 UPDATE: The suspect has been identified as "Amor Ftouhi." The officer is now in "satisfactory" condition and is doing well. The FBI confirms that Ftouhi yelled "Allahu Akbar" prior to stabbing the police officer in the neck. Ftouhi also said something about how Americans have killed people in Syria. It is unknown if Ftouhi is connected with a larger group, and he is considered to be a lone wolf attacker.

Ftouhi was not a airline passenger and entered the public area of the airport, which was how he was able to get a 12-inch knife into the airport. He did not undergo any sort of screening.

#BREAKING: Amor Ftouhi is terror suspect. He used a 12" knife to stab the Flint airport officer. "He has a hatred of the United States"

The stabbing of a police officer at Bishop International Airport in Flint, Michigan on Wednesday will be investigated as a possible terrorist incident, the FBI announced. The airport was evacuated after the incident and all passengers are unharmed. The FBI is leading the investigation on the attack.

The suspect, who is being described as "Canadian-born," apparently shouted "Allahu Akbar" prior to attacking the officer. The officer is in stable condition.

Michigan Governor Rick Snyder (R) tweeted a request for people to keep the injured officer in their thoughts and prayers.

As we wait to learn more about the incident at Bishop Airport, please keep the attacked officer in your thoughts & prayers.

Bishop International only has six full-time and six part-time police officers on staff. Authorities said that the police officer appeared to be targeted.

This post will be updated if more information becomes available.