Chaffetz To Resign From Congress On June 30 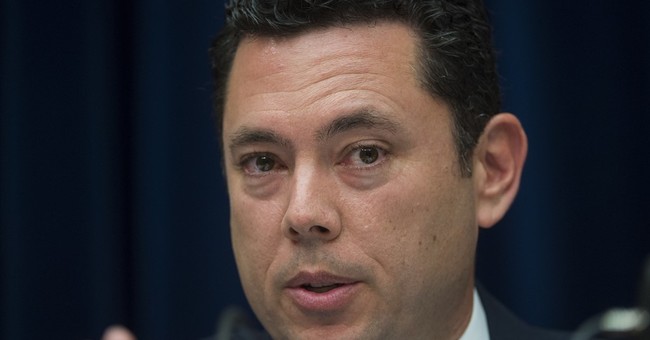 UPDATE: Rep. Chaffetz has confirmed that his last day in Congress will be June 30.

Rep. Jason Chaffetz (R-UT) is expected to announce that he will be stepping down from Congress before the end of his term, POLITICO's Jake Sherman is reporting.

Per POLITICO, Chaffetz's last day in Congress will be on June 30. Chaffetz is the current chairman of the House Oversight and Government Reform Committee and recently subpoenaed former FBI Director James Comey.

In April, Chaffetz announced that he would not be seeking another term in 2018 and was considering leaving Congress altogether. It was rumored that he would be resigning in late April, but clearly those rumors were false. Chaffetz has represented Utah in Congress since 2008.

This post has been updated with Chaffetz's confirmation that he is resigning.