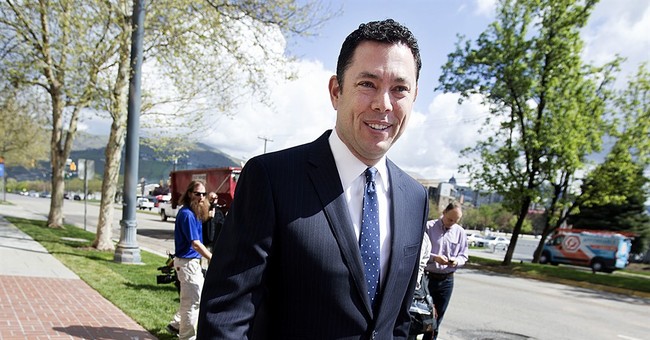 UPDATE: New rumors say he could be out as soon as...tomorrow?

Report: Jason Chaffetz expected to resign as early as tomorrow

Chaffetz tells @JimDalrympleII he will NOT be stepping down as "early as tomorrow," denying rumors circulating on Twitter

On Wednesday, Rep. Jason Chaffetz (R-UT) announced that he will not seek reelection to the House of Representatives. Thursday, Chaffetz followed it up by saying that he may not actually serve out his entire current term.

Chaffetz told Doug Wright, a Utah journalist and host of the Doug Wright Show, that he's questioning whether or not he will serve in Congress through 2018.

KSL Radio host Doug Wright quoted Chaffetz as saying during an interview earlier on his show that he's not sure if he'll finish out the current term in the House.

"I will continue to weigh the options but I might depart early," Chaffetz said, as relayed by Wright."

In Wednesday's announcement, Chaffetz shot down speculation that he was unhealthy or had other ulterior motives in retiring from Congress. Still, it's rather unusual to depart for seemingly no major reason mid-term, a decade after first being elected. Chaffetz has represented Utah's 3rd district since 2008.