Friday Fun: Check Out The "MiniPope" In Portugal 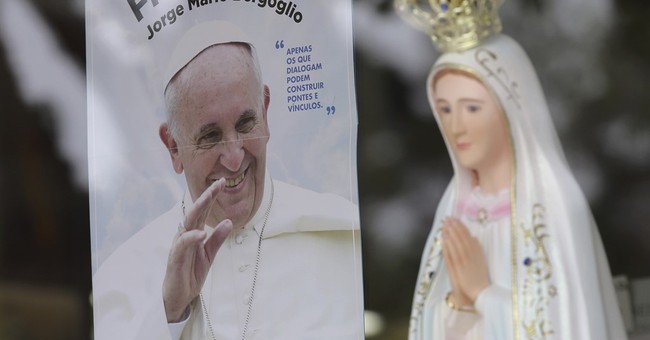 Pope Francis is in Portugal today to commemorate the 100th anniversary of the apparitions of the Virgin Mary at Fatima. Thousands of pilgrims from around the world are also converging on Fatima, but this one might be the most adorable of them all. Meet the "MiniPope," a.k.a. Diego Guerreiro, a Portuguese baby who was born prematurely at only 33 weeks last June. His mother promised to take him to see Pope Francis at the Fatima anniversary event.

MiniPope is doing the rounds on social media. Born premature, mother promised to bring him to #Fatima100 if he lived. Grandma made costume pic.twitter.com/0DWTdFxYIT

His grandmother apparently was the one who made him his snazzy baby-sized habit.

When Pope Francis was in the United States in 2015, he got quite the laugh when his security guards gave him a baby dressed as the pope to bless.