Dwayne "The Rock" Johnson Might Actually Run For President 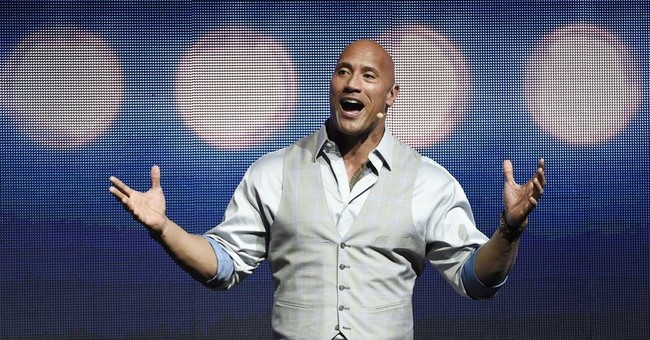 Actor Dwayne "The Rock" Johnson told GQ magazine that he's considering running for president. Because, I mean, why not?

Last June, when The Washington Post published an op-ed suggesting he could be a viable candidate, Johnson posted a screen grab and gave the idea a boost. On Instagram, he called the Post piece “interesting” and “fun to read,” adding that “the most important thing right now is strong honest leadership from our current and future leaders of this country.”

Since then, Johnson tells me, he's given the question more thought. “A year ago,” he says, “it started coming up more and more. There was a real sense of earnestness, which made me go home and think, ‘Let me really rethink my answer and make sure I am giving an answer that is truthful and also respectful.’ I didn't want to be flippant—‘We'll have three days off for a weekend! No taxes!’”

So, after all that consideration, Johnson doesn't hesitate when I ask him whether he honestly might one day give up his life as the highest-paid movie star on earth—which is unquestionably easier, more fun, and more lucrative than being president of the United States—in order to run for office. “I think that it's a real possibility,” he says solemnly.

To be fair, Johnson does have a pretty inspiring story. He grew up very poor, and is now the highest-paid movie star in the world. That takes grit, hard work, and determination, which certainly are admirable qualities.

This being said, anyone who wants to enter politics should probably have their head examined. I like The Rock. His movies are funny (Moana was brilliant), and he's a very lovable figure. People of all political persuasions like him. It'd be stupid for him to potentially throw away half of his fanbase for something like politics.