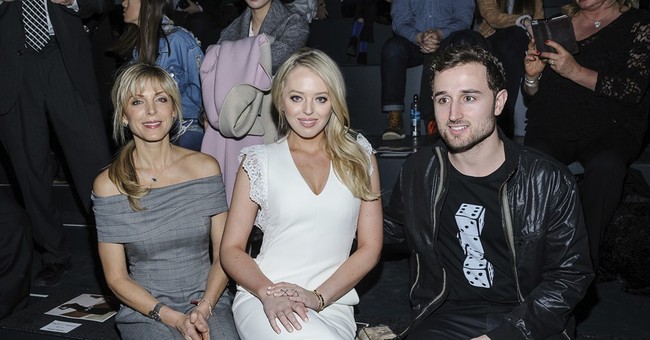 President Trump's youngest daughter Tiffany will be joining the rest of her family in D.C. this fall. She'll be enrolling at Georgetown Law School as a member of the class of 2020.

Tiffany had previously posted on Instagram about preparing for the LSAT. She posted a picture of a stack of prep books and a Bitmoji cartoon saying "I got this."

Given that Georgetown Law is one of the more selective law schools in the country, it appears as though she certainly did have it.

Despite this pretty happy (and politically neutral!) accomplishment, some people took the opportunity to bash the president.

Attention, @realDonaldTrump: Your daughter Tiffany is headed to Georgetown Law, in case you missed it https://t.co/pOuYh6QHGA pic.twitter.com/pyb7ARrgzY

Congratulations to Tiffany Trump on being accepted to Georgetown Law, making her the first member of her family to learn the constitution.

I'm actually excited to hear Tiffany Trump will be going to law school.

Maybe now at least one of them will have read the constitution.

Tiffany Trump is going to law school. I wonder if she'll graduate in time to defend her father at his trial.

Good news, Tiffany Trump got into Georgetown.
Trump: "Who?" pic.twitter.com/DjwwAa6diy

Tiffany Trump is a graduate of the University of Pennsylvania, where she studied sociology and urban studies.