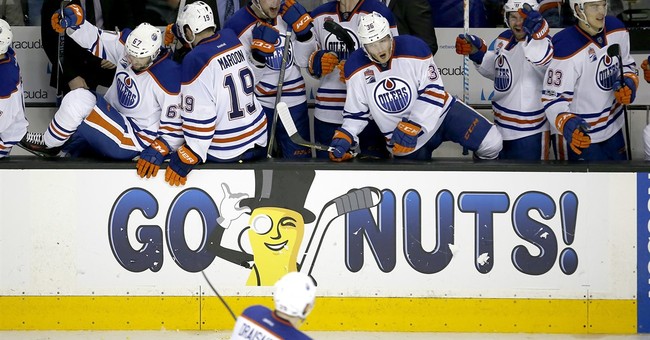 And here's a heartwarming moment courtesy of the city of Edmonton, Alberta.

When the microphone at the Stanley Cup playoff game between the Edmonton Oilers and Anaheim Ducks failed during the American national anthem on Sunday night, the crowd stepped in and sang a pretty good rendition of The Star-Spangled Banner.

An incredible moment
When the mic doesn’t work, the crowd takes over & belts out The Star-Spangled Banner...
...In Edmonton
???????? #StanleyCup pic.twitter.com/pWvrlknbV6