Ivanka Trump Booed For Saying Nice Things About Her Father 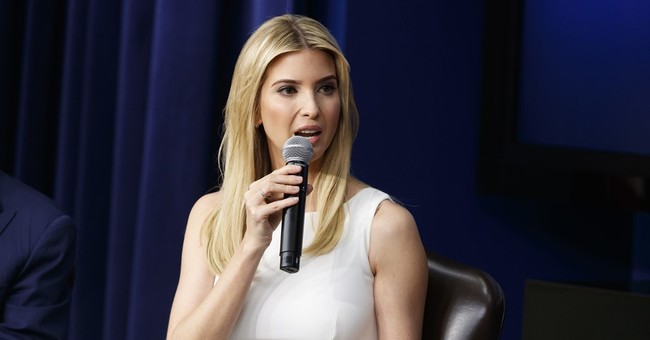 Ivanka Trump was hissed at and booed on Tuesday when she praised her father at a conference in Germany. Ivanka was on a panel at the W-20 summit in Berlin alongside German Chancellor Angela Merkel and the IMF's Christine Lagarde. She was there to speak about female entrepreneurship, which is a cause she has championed through her Women Who Work campaign.

After saying that she believed her father was a "champion of supporting families," the crowd loudly began to hiss. The moderator awkwardly made note of the negative reaction.

Is all decency just out the window these days?