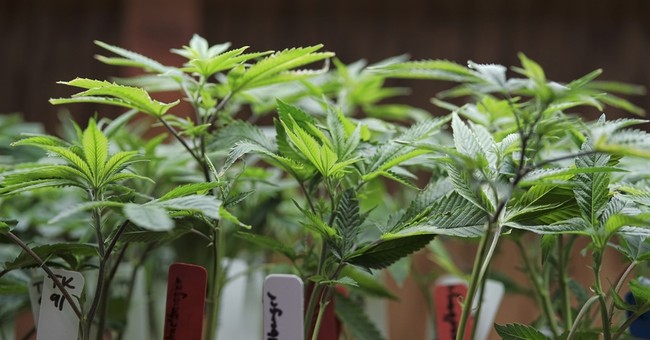 A new CBS News poll shows that nearly two-thirds of Americans agree that marijuana should be legal for recreational use. A total of 61 percent of respondents said that they think marijuana should be legal, which is an increase of five percent from last year's poll, and more than 20 points higher than 2011. When the poll was first conducted in 1979, only 27 percent of people supported legalization.

The poll also found that 71 percent of people oppose efforts to block marijuana sales in states that have legalized it. This number was consistent among political parties. The Obama administration had adopted a mostly hands-off policy on states that had voted to legalize recreational marijuana, but the Trump administration has hinted that they will likely not be as liberal on the issue.

The belief that pot should be legal has reached a new high in CBS News polls. Sixty-one percent of Americans now say the it should be, a five-point increase from a year ago. This sentiment has increased each year we’ve measured it since 2013, with the turning point to majority support coming in 2014. Back in 1979, this poll found just 27 percent saying it should be legal.

Those over 65 are the most opposed to legalization, but most under age 65 support it. And women are now as much in favor of legal marijuana as men are; in previous years they were less so.

The poll also found, unsurprisingly, that older people were less likely to support legalization. Only 37 percent of people over the age of 65 thought weed should be legal, compared to over 60 percent of every other age group.

Eight states and the District of Columbia have fully legalized the recreational use of marijuana, and marijuana is legal for limited medical use in a majority of states.