Jason Chaffetz Will Not Run in 2018 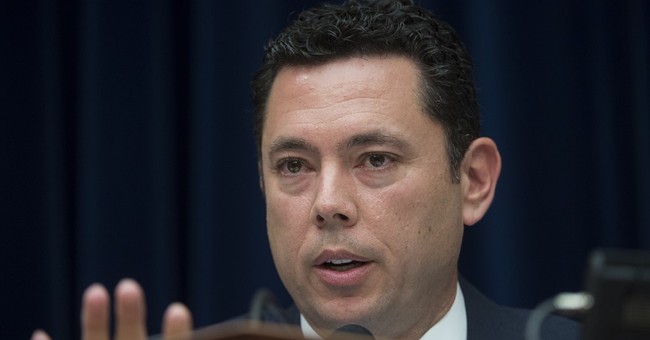 Rep. Jason Chaffetz (R-UT) will not seek re-election, he announced on Wednesday. Chaffetz had represented Utah's 3rd district since 2008. In his statement, Chaffetz said that after talking with his family and praying it over, he would not seek any public office in 2018, but did not rule out a run for another office in the future. Chaffetz said that he did not have any ulterior motives, and that he was in good health and confident that he would have been reelected if he chose to run.

A Democrat planning to challenge Chaffetz in 2018 raised quite a bit of money earlier this year. Chaffetz was reelected in 2016 by a very wide margin.

As The Daily Beast's Lachlan Markay noted, Utah's gubernatorial election is in 2020, and Chaffetz may have his sights set on that.

*whispers* the Utah gubernatorial election is in 2020

Don Jr. Says Dr. Fauci Is Not the Only One with Blood on His Hands from COVID-19
Julio Rosas
U.S. Officials Alerted to 'Imminent Radiological Threat' at Chinese Nuclear Plant
Spencer Brown