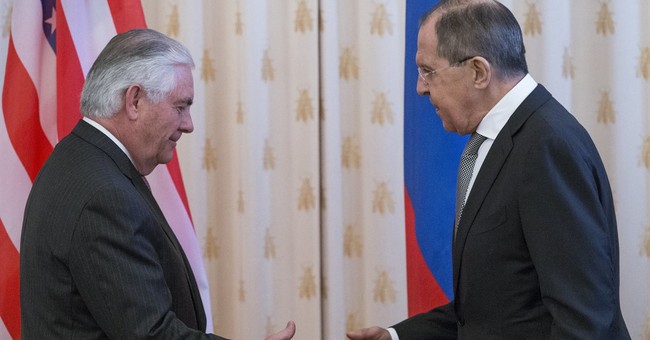 Secretary of State Rex Tillerson met with Russian President Vladimir Putin on Wednesday, AP reported. It is not yet known exactly what they discussed at their meeting.

Tillerson arrived in Russia on Tuesday for a meeting with other G7 leaders. It was initially unclear if Tillerson was going to meet with Putin, but the two clearly wound up meeting.