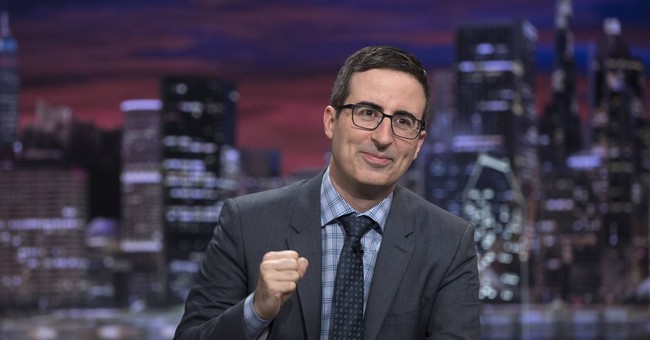 John Oliver, host of HBO's "Last Week Tonight," has never been a fan of President Donald Trump. On Sunday night, he shredded Trump's budget blueprint proposals, and said that Trump spoke like a "toddler psychopath" in his earlier speeches. Oliver also said that Trump had conned people into voting for him, and now he was going to cut government funding for the very people who had put him into office.

Additionally, Oliver highlighted Republican opposition to parts of the budget, saying that a Republican being against tax cuts was similar to a toddler not wanting a balloon.

I mean, this is more of the same from Oliver, who has treated Trump like a joke even before he ran for president. Trump's budget proposal is far from perfect, but if Oliver is seeking to change hearts and minds with this kind of monologue, he's basically just preaching to his very-liberal choir.