Trump Is "Extremely Confident" The DOJ Will Show Obama Wiretapped Him 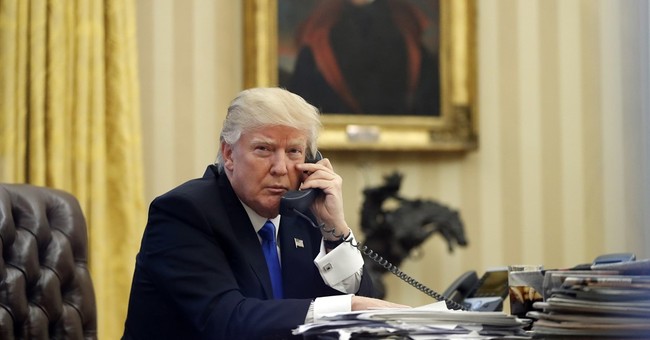 White House Press Secretary Sean Spicer said on Tuesday that the president is "extremely confident" that the Department of Justice will confirm that he was wiretapped by the Obama administration.

"I think that he's extremely confident," White House press secretary Sean Spicer told reporters on Tuesday. "I'll let them do their job, but I think there's significant reporting about surveillance techniques that existed during the 2016 election."

The congressional committees tasked with investigating Trump's claim that the Obama administration conducted surveillance on his campaign associates gave the Justice Department a Monday night deadline to submit any corroborative evidence the agency may have.

Trump claimed about a week and a half ago that Obama had begun tapping his phone during the election. (Dennis Kucinich backed him up.) The DOJ had until Monday night to reach a conclusion, but have asked for an extension.