Ha: Liberals Want to Make Their Own CPAC Now 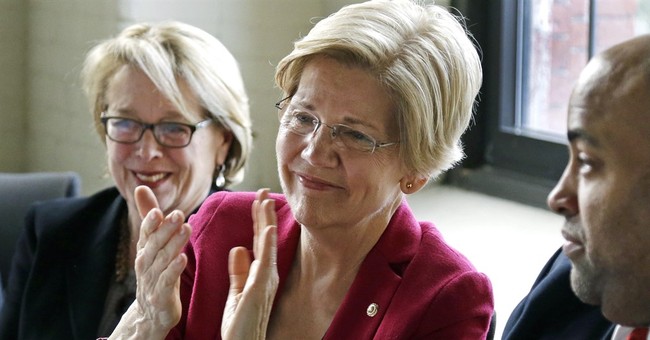 After learning during the 2016 election that demography is not, in fact, destiny, Democrats are scrambling to regroup. Part of that regrouping process includes, apparently, making their own one-day version of CPAC--the annual gathering of conservatives held each year in the D.C. area.

The event, titled the "Ideas Conference," will be held on May 16 in D.C. and is organized by the Center for American Progress. Scheduled to speak are a variety of the Democratic Party's rising stars, including Sens. Booker (D-NJ) and Elizabeth Warren (D-MA).

They're roughly modeling the event on CPAC, the American Conservative Union's annual gathering that's become a prime stop for Republican leaders, and which notably gave Donald Trump his first major political platform as he was entering the fray.

“So much of our time right now is engaged, and rightfully so, in fighting Trump. On any given day, he issues one affront to progressive values after another,” said CAP president Neera Tanden. “It’s obviously critical that we provide a positive alternative of how we’re going to address the country’s challenges.”

Interesting. While it's rather unusual that the left has taken this long to develop some kind of counter conference to CPAC, I also think it's potentially overstating or overestimating CPAC's power over the GOP. The last four winners of CPAC's straw poll have been Ted Cruz, Rand Paul, Rand Paul, and Rand Paul. None of these people were the nominee for president. Donald Trump even uninvited himself from last year's conference, and still managed to win both the nomination and the presidency. The immigration discussions at CPAC centered on amnesty, not walls or deportations, only three years ago. Things, clearly, have changed. CPAC is a gathering of conservatives, not Republicans.

Plus, given the already-fractured nature of the left, and how its other solidarity movements have seen things devolve into an "oppression Olympics" of sorts, organizers of this event will have to be wary of that as well.

It's an interesting concept, but let's see how things actually work out.