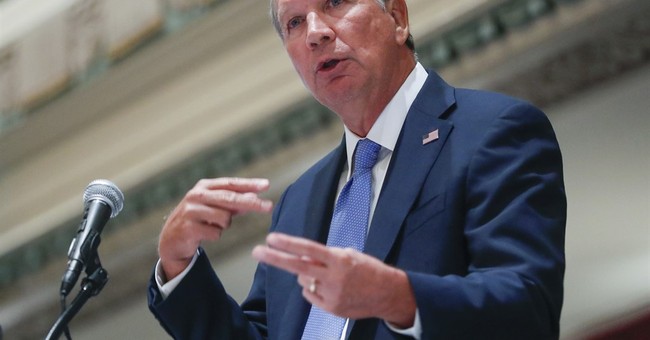 While John Kasich and Donald Trump had little love for each other during the primary, according to Kasich things are good between them now. After meeting with Trump in the White House, the Ohio governor said that there was "no animosity" between them and that he hopes he succeeds as president.

Ohio Gov. John Kasich says there is no animosity between him and President Donald Trump, his former Republican presidential rival.

Kasich says after a White House meeting that now that Trump is the president, "it's sort of like being on an airplane. You want to root for the pilot."

Kasich was meeting with Trump to discuss healthcare changes and Obamacare reform.