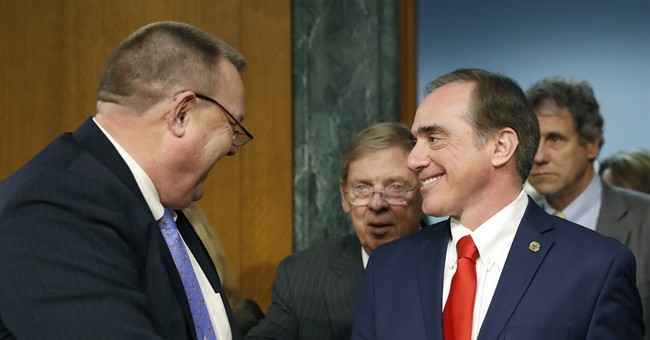 David Shulkin, President Trump's nominee for VA Secretary, has been confirmed by the Senate in a rare unanimous vote.

#Senate vote: Shulkin confirmed as Secretary of VA 100-0. Next vote tomorrow, at 11 on McMahon/SBA nomination.

Shulkin was confirmed by the Senate Veterans' Affairs Committee. He was previously the VA undersecretary of health.

Shulkin is the first non-veteran to serve as VA Secretary.

Concerned Veterans for America said they were cautiously optimistic about Shulkin's confirmation.

“We are encouraged that throughout this nomination process, Dr. Shulkin has acknowledged systemic failures within the VA and the need for transformational reforms to fix them, CVA Policy Director Dan Caldwell said in a statement after the vote. "We look forward to partnering with Secretary Shulkin to bring real accountability to the VA and to empower veterans who wish to use their benefits to access care in the private sector. We remain optimistic that Secretary Shulkin will embrace the bold reforms President Trump laid out on the campaign trail, so that American veterans will begin to see a more transparent, efficient, and customer-focused VA.”