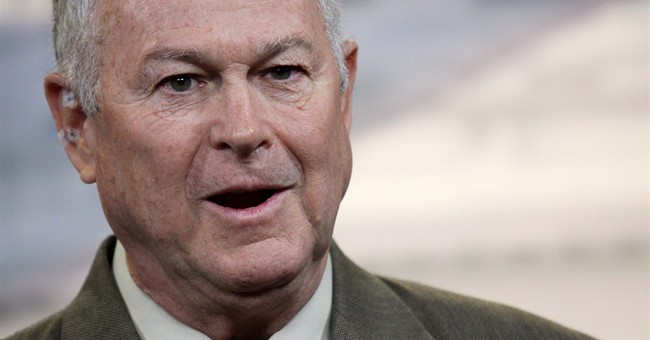 During the Obama administration, eight states, plus the District of Columbia, legalized marijuana for recreational purposes. Dozens more passed laws regarding marijuana use for medicinal purposes. Obama's DOJ generally agreed to a hands off policy regarding states that have voted to legalize recreational marijuana. With the new administration, there is considerable stress about whether or not these policies will still be in place. This is true both for medical marijuana patients as well as for people whose livelihoods are in the cannabis industry.

Enter Rep. Dana Rohrabacher (R-CA), a medical marijuana patient himself, who introduced the Respect State Marijuana Laws Act on Wednesday to the House of Representatives. The bill would protect people from being prosecuted under the Controlled Substances Act as long as they are following their particular state's laws regarding marijuana.

Rohrabacher has introduced the bill before, in 2015 and in 2013. In 2015, a bipartisan group of representatives joined Rohrabacher in co-sponsoring the bill.

About sixty percent of people support legalizing marijuana in the United States.