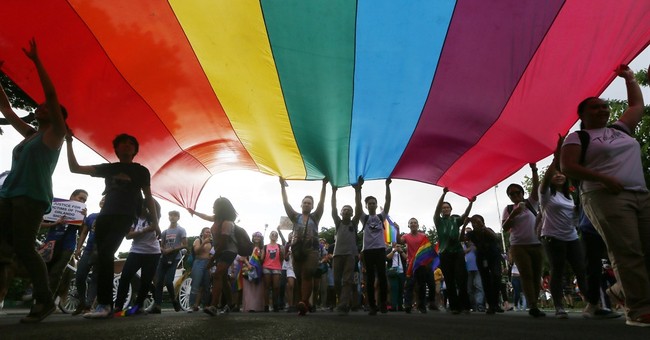 I'm told reliably there is a draft Executive order on LGBT issues including adoption. Details and timing unclear.

Heard from two jouralists who have seen a leaked draft of an anti-LGBT executive order that is apparently pretty bad :(

However, this may end up just being rumors and nothing more. NBC News' Mary Emily O'Hara tweeted that White House Deputy Press Secretary Stephanie Grisham said that there are no plans at the time to issue an executive order