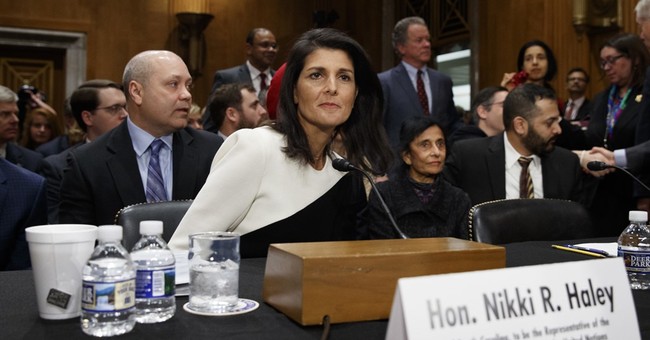 Former South Carolina Gov. Nikki Haley (R) has been confirmed as the new U.S. ambassador to the United Nations by the Senate Foreign Relations Committee. Haley was confirmed with an "overwhelming" vote.

During her confirmation hearing, Haley pledged to support Israel in the U.N. and to stand up for America's best interests.