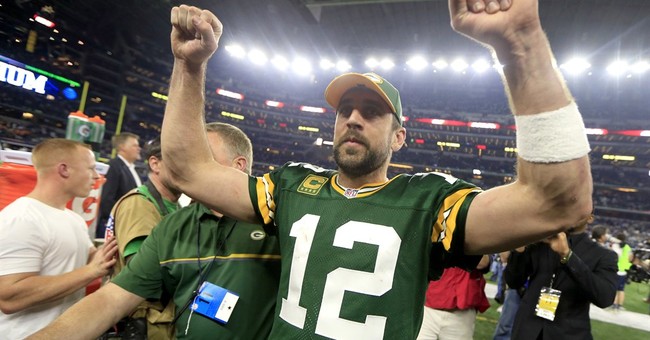 Part of actress Meryl Streep's speech at the Golden Globes included a rather bizarre swipe at football and mixed martial arts. Streep said that without Hollywood actors, they'd be all Americans would have to watch.

"So Hollywood is crawling with outsiders and foreigner. And if we kick them all out you'll have nothing to watch but football and mixed martial arts, which are not the arts."

Apparently, being left with just football is A-OK with ordinary, non-Hollywood Americans. Sunday night's football game between the Green Bay Packers and the Dallas Cowboys had the highest rating in several decades for a divisional playoff game.

The Packers/Cowboys game got a 28.2 overnight TV rating, the highest in 20 years. The Golden Globes? A 5.6.

Football may not be an art form, but it looks as though Americans don't really seem to mind.