Here's Who Will Deliver The Oath of Office To Mike Pence 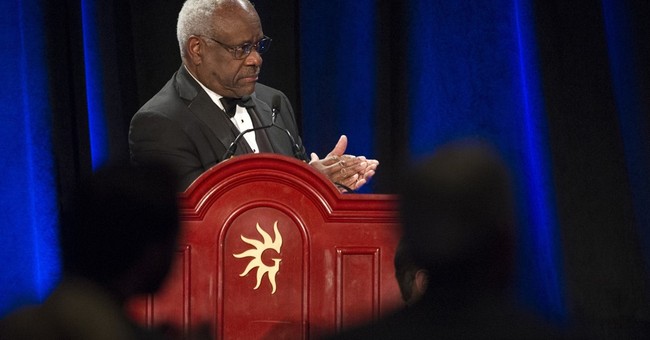 Supreme Court Justice Clarence Thomas will deliver the oath of office to VP-elect Mike Pence on Inauguration Day, the Inaugural Committee announced on Sunday. Pence will also take the oath on the Reagan Family Bible, becoming the first person since Ronald Reagan himself to take the oath using this Bible.

A statement from Pence praised Thomas for dedicating his life to defend the Constitution of the United States.

“It will be my honor to take the Oath of Office to defend our Constitution from a man who has dedicated his life to the same noble pursuit,” said Vice President-elect Pence. “Justice Thomas was born into poverty in Pin Point, Georgia. From those humble beginnings, Justice Thomas went on to graduate from Holy Cross College and Yale Law School. He served in the Reagan Administration and was appointed to the federal bench in 1990 and the Supreme Court in 1991 by President George H.W. Bush. I have long admired Justice Clarence Thomas and deeply respect his judicial philosophy, dedication to the rule of law, and his historic service on the bench of our nation’s highest court.”

President-elect Donald Trump will be sworn in by the Chief Justice, as per tradition. In 2012, Justice Sonia Sotomayor delivered the oath to VP Joe Biden.