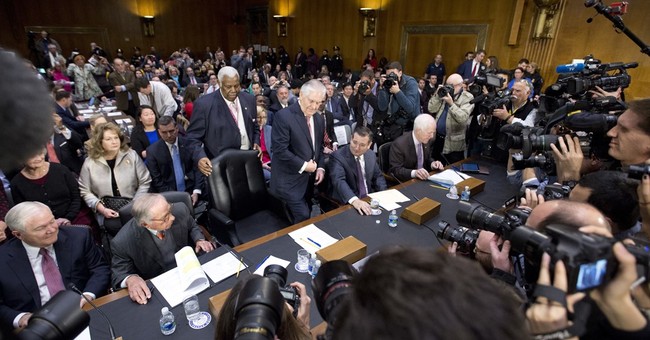 When asked about reports that Russia meddled with the election via hacks, internet trolling, and other cyber methods, Tillerson agreed that it was a "fair assumption" that Russian President Vladimir Putin authorized these activities.

WATCH: Tillerson: "Fair assumption" that not possible for Russian hacking on US without Pres. Putin's permission. https://t.co/NAAPdZ0lUD

Rubio also questioned Tillerson if he believes that Putin was a war criminal. When Tillerson said that he would not use that term, Rubio detailed some of the various atrocities committed by the Russian military in Aleppo.

Is Vladimir Putin a war criminal? "I would not use that term," Rex Tillerson says at confirmation hearing https://t.co/OOV03roPPJ pic.twitter.com/Lj5ktUCXC2

Additionally, Rubio raised the issue of Putin's treatment of journalists, asking for Tillerson to comment on how opponents of the Russian presidency keep ending up dead. When Tillerson attempted to dodge the issue, saying that he needed more information, Rubio pointed out that these people are indeed deceased and that their deaths were not classified.

Tillerson: "I look forward to being fully informed..."
Rubio: "None of this classified. These people are dead."