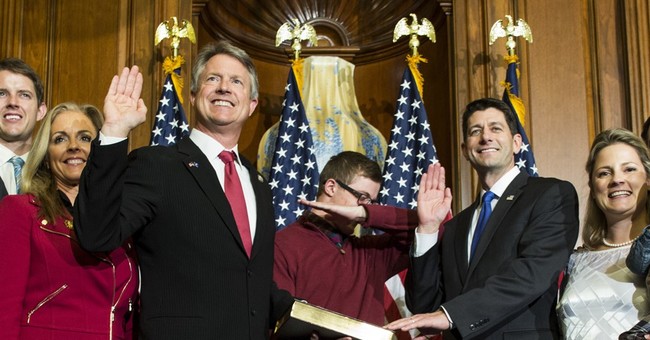 Yesterday, the 115th Congress was sworn in, and, like every year, official portraits were taken. When Rep. Roger Marshall (R-KS) came to take his portrait with his family, his son attempted to "dab" during the shot. (Dabbing is a dance move made popular by Carolina Panthers' QB Cam Newton.) Speaker Paul Ryan was having none of it, and told the kid to cut it out and pose normally.

House Speaker Paul Ryan had to stop a congressman's son from dabbing during his father's swearing-in https://t.co/LIm3r6rFzl pic.twitter.com/7jcHVomPtV

Naturally, the internet went a bit nuts over the whole thing. But one person wasn't having it: Rep. Marshall himself. According to his Twitter feed, his son has been grounded.

(Personally, I hope it's not for too long--it was a relatively harmless stunt and was actually kind of funny.)

As for Paul Ryan? He still has no idea what even happened.