Someone Voted For "Faith Spotted Eagle" In Washington State 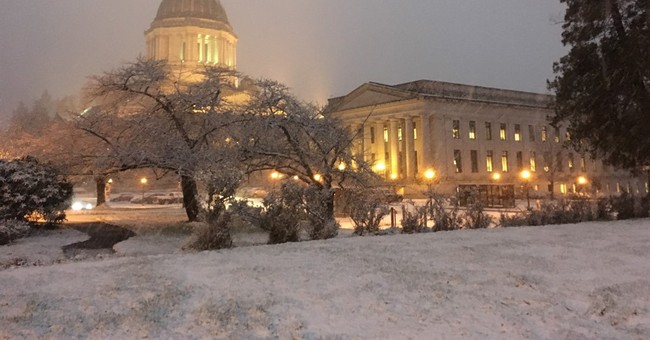 As it turns out, all of those reports about rogue electors have actually manifested themselves as Democratic rogue electors. Someone in Minnesota tried to vote for nobody before being swapped out for a Hillary voter. An elector in Maine cast a vote for Bernie Sanders, and then switched his vote back to Clinton at a second ballot. Colorado had an elector who tried to defect from Clinton.

However, these all pale to what went down in Washington state. In Washington state four of the state's 12 Electoral College votes went to someone other than Clinton: three went to former Secretary of State Colin Powell, and one went to Faith Spotted Eagle, a Sioux elder leading the protests of the Dakota Access Pipeline.

While this is perhaps kind of unfair, the fact that "Faith Spotted Eagle" is a relatively unusual name meant that Twitter had a bit of fun with the fact that she received an electoral vote.

Dems mocking electors for voting for Faith Spotted Eagle over Clinton b/c they don't know she was a noDAPL protest leader is peak 2016.

wow the bookies are going to be really suspicious that my 2,000 to 1 bet on Faith Spotted Eagle to come in fourth came in https://t.co/EulO1xQavx

So is the eagle spotted with faith?

I'm thinking of changing my name to Nihilism Dusted Falcon.

Sure, Faith Spotted Eagle is riding high right now, but it's only a matter of time before Left Twitter dismisses her as a neoliberal sellout

I mean, come on, it's hilarious https://t.co/qJRmTCQtqS

This, I kid you not, is the Electoral College tally w/ 42 states in: