Kanye West Tweets An Explanation About His Meeting With Trump 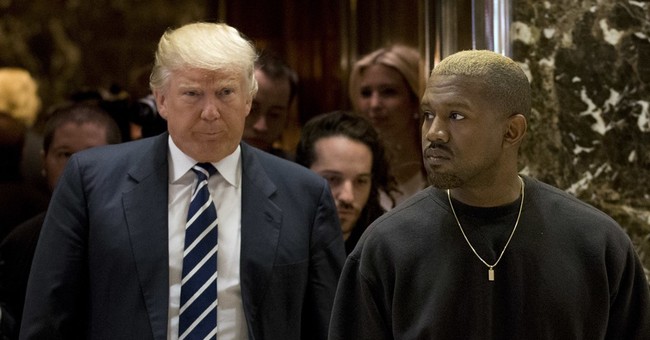 Kanye West met with President-elect Donald Trump earlier on Tuesday in Trump Tower, leading to questions as to just what exactly the two of them were discussing. While one source said that the two talked about a potential role in the administration, West has taken to Twitter to explain about why he went to meet with him.

According to West, he wanted to meet with Trump to discuss "multicultural issues," including violence in his hometown of Chicago, as well as education and combating bullying. West also tweeted "#2024."

I wanted to meet with Trump today to discuss multicultural issues.

I feel it is important to have a direct line of communication with our future President if we truly want change.

Fair enough. Good on Kayne to use his star-power for good. People of all political persuasions should be concerned about violence in cities and that children aren't learning at school. That's not a partisan issue. More celebrities should take this approach.