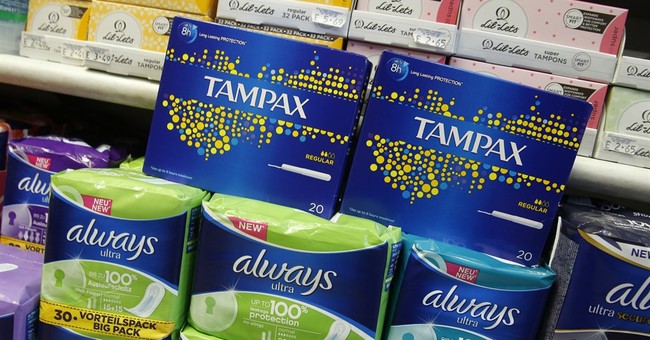 Lawmaker from both sides of the aisle are coming together in Texas to ensure that feminine hygiene products are exempt from sales tax. Six other states have similar laws, and if passed, Texas would be the first state to enact such legislation.

State Rep. Drew Springer, R-Muenster, the only Republican to file a tampon tax cut bill, said he began hearing from constituents who saw the headlines when other states passed such laws. Springer said he started receiving emails and was approached by women at town hall meetings.

"They said, 'We saw what these states are doing, and we'd like to see the same thing happen in Texas,'" Springer said. "We have the ability to say, 'I'm going to buy a Coke.' I make that choice freely. Ladies don't have the same option. [Tampons] can easily be classified as a medical property item."

Fair enough points. They're definitely not a luxury item, and it's dumb to tax them as if they are. More Republicans should jump on this effort--if anything, it's an easy way to appeal to women in a time when the party desperately needs it.