Madonna Goes On Anti-Trump Rant At Fundraiser For Charity 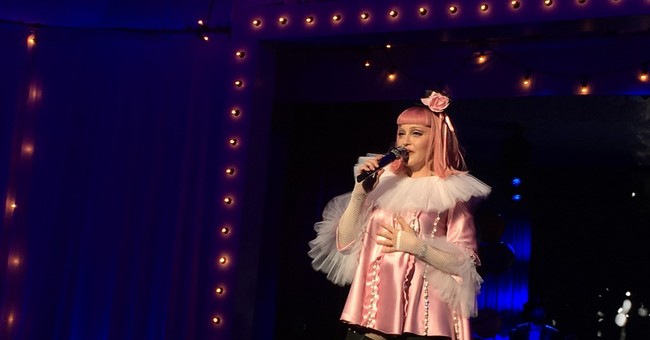 Singer Madonna may have raised over $7.5 million for the charity Raising Malawi at a fundraiser in Miami, but she couldn't resist slamming President-elect Donald Trump in the process. Madonna criticized Trump, and sang a cover of Britney Spears' song "Toxic" as images of Trump and post-election riots flashed in the background. She also called him a "cheap slumlord" and anti-Muslim.

Prior to the election, Madonna was a prominent supporter of Hillary Clinton. In October, she offered to perform oral sex on people who voted for Clinton, and also did a short, free concert in Manhattan to drum up support for Clinton.

While it's admirable that she raised so much money for a cause she's very passionate about (Madonna adopted her two youngest children from Malawi), was it really necessary to turn a charity fundraiser into a Trump-bashing session?