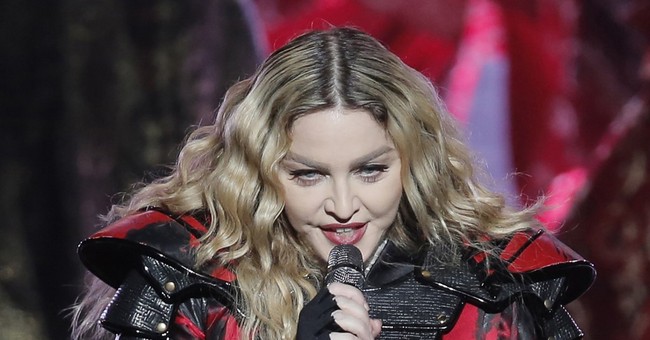 A few weeks back, singer Madonna posed nude on Twitter to encourage people to vote. Now, she's upped the ante a bit. On Tuesday night at Madison Square Garden, speaking before Amy Schumer's comedy show, Madonna said that she would perform oral sex on anyone who votes for Hillary Clinton. The audience reportedly broke into wild applause.

The 58-year-old mother of four also tweeted a picture of herself with Schumer, gushing over how much she admires the comedian.

This is a weird year.