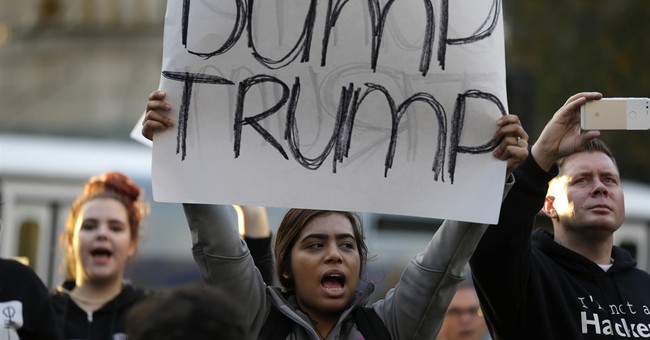 A Change.org petition asking the Electoral College to elect Hillary Clinton instead of Donald Trump has garnered over 2 million signatures. The petition states that Trump is unfit to serve, and that because Hillary Clinton won the popular vote, she should be president.

We are calling on the Electors to ignore their states' votes and cast their ballots for Secretary Clinton. Why?

Mr. Trump is unfit to serve. His scapegoating of so many Americans, and his impulsivity, bullying, lying, admitted history of sexual assault, and utter lack of experience make him a danger to the Republic.

Secretary Clinton WON THE POPULAR VOTE and should be President.

Hillary won the popular vote. The only reason Trump "won" is because of the Electoral College.

But the Electoral College can actually give the White House to either candidate. So why not use this most undemocratic of our institutions to ensure a democratic result?

SHE WON THE POPULAR VOTE.

There is no reason Trump should be President.

Well, except for the whole "he was elected president by the process outlined in the United States Constitution," I guess there's really "no reason" why he should be elected.

Newsflash: the United States is not, and never has been, a democracy. It's a republic. The national popular vote doesn't mean anything, and the system of the Electoral College means that people who do not live in cities will be able to have their concerns heard by the presidential candidates because their votes would be necessary to win. It's a marvelous system that ensures that all Americans--not just city dwellers--have a say.

The cruel irony in all of this is that just weeks ago, Hillary supporters were aghast at the idea that Trump may not accept the results of the election. There was always a possibility that Trump and Clinton were going to split the popular and electoral votes. This is the election result. It's not going to change and nor should it change, and the fact that over two million people are saying that the Constitution should be ignored is a sign that America needs to re-up its civics education.

Here's a handy PragerU video explaining just why the Electoral College is so important that perhaps all 2 million people who signed this petition should watch: