Richard Nixon Encouraged Donald Trump To Run For Office In 1987 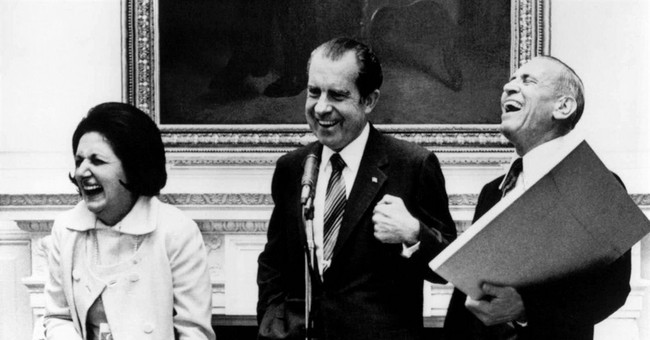 In a bit of fun history news, someone recently unearthed a letter from Richard Nixon sent to Donald Trump in 1987. In the letter, Nixon compliments Trump on his recent appearance on The Phil Donahue Show, and says that his wife thinks that Trump would "be a winner" if he ever sought public office.

ICYMI: Letter from Nixon to Trump, dated 1987." ..Whenever you decide to run for office you will be a winner." pic.twitter.com/TAa4ndDtNr

Given that Trump is currently batting a thousand on his election career, I'd say the Nixons had quite the eye for scouting political talent.