These Celebrities Got Naked And Want You To Vote 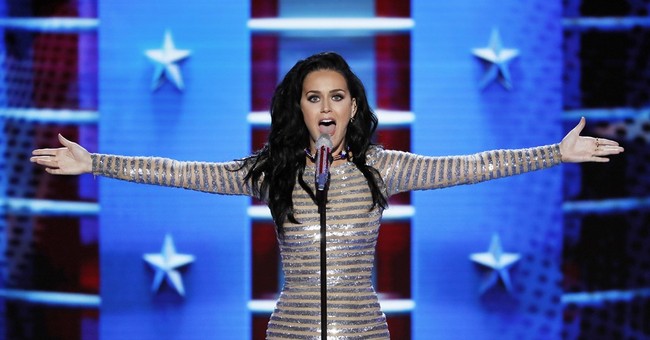 Katy Perry teamed up with Funny or Die and Rock The Vote to put out a new video that attempts to encourage young people to head to the polls this November. Perry at first appears disheveled, and reminds people that a person can indeed legally vote in their pajamas, and then strips down to nothing before being led away by the cops.

Perry is a vocal supporter of Hillary Clinton and performed at the DNC this past July.

Not to be outdone, Madonna also posted a nude picture of herself encouraging people to vote this November.

The "Vogue" singer also tweeted that she was "living for Hillary" and included a photoshopped picture of herself straddling the Democratic nominee for president.

Living For Hilary! Yes I vote for intelligence. I vote for equal rights for women and all minorities. ???????????????? pic.twitter.com/YxoFYm7HDL

There are 40 days until Election Day, and by golly it can not come soon enough.