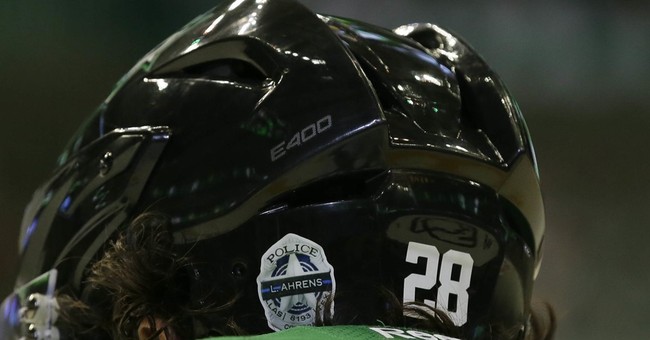 The NHL's Dallas Stars had a touching pre-game tribute to the five officers who were shot and killed on the job this past July.

Before Thursday's home opener against the Anaheim Ducks, the Stars invited the families of the officers on to the ice for the ceremonial puck-drop and played a video honoring their memories. The players on the Stars also wore helmet decals of police badges of the fallen officers.

A very moving and classy tribute. In a world where police officers have been boycotting games due to player protests, it's nice to see a sports team stand up to honor those who sacrificed everything.