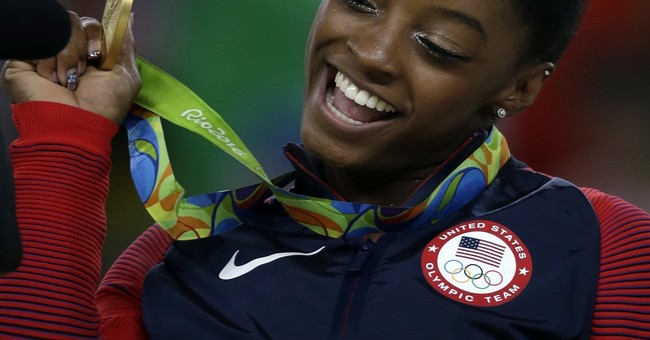 On Friday, President Obama has signed a bill that prohibits the IRS from taxing prize money won by most Olympians. The USOC awards cash bonuses of $25,000 for a gold medal, $15,000 for silver medal, and $10,000 for a bronze medal, which are considered to be income and therefore is taxable.

WASHINGTON (AP) — America’s Olympic athletes will no longer pay a so-called victory tax under a bill President Barack Obama has signed into law.

The IRS will now be prohibited from taxing most medals or other prizes awarded to U.S. Olympians.

The U.S. Olympic Committee awards cash prizes to medalists, ranging from $25,000 for gold to $10,000 for bronze. The money has been considered earned income, thus making it subject to what some lawmakers have called the “victory tax.”

The "Victory Tax" meant that Simone Biles, who won four golds and one bronze in Rio, would have had to fork over as much as $45,000 to the IRS. Now, only athletes who earn over $1 million a year are subject to this tax.

Good. Having a tax on success is absurd. Most Olympians are not rich--given that they spend so much time training and perfecting their sport--and the $25,000 bonus for winning a gold medal is incredibly helpful in staying afloat financially. This should not be taxed, and Olympians should be able to embrace their success.