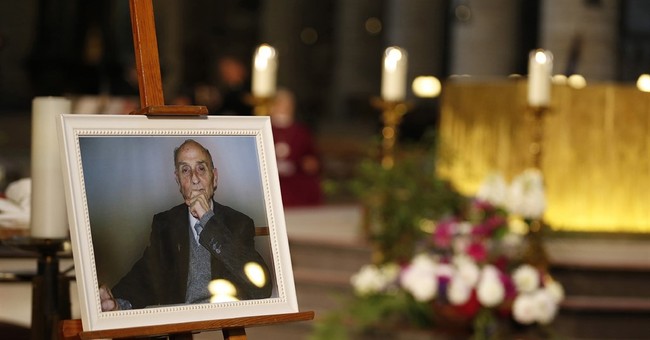 Pope Francis has waived the five-year waiting period to officially canonize Fr. Jacques Hamel, who was murdered by ISIS while celebrating Mass in July. Last month, Pope Francis referred to Fr. Hamel as a martyr and called him as "blessed." Fr. Hamel was 85 years old and had been a priest for about six decades before his murder.

Pope Francis decided to waive the five-year waiting period because the witnesses to Fr. Hamel's martyrdom (who were mostly elderly nuns) may pass away or forget certain details of the event before five years had passed.

The canonization process is complicated and ordinarily requires two miracles to be attributed to a person before they can officially be declared a saint. In the case of martyrs, however, the act of martyrdom is considered to be a "miracle of grace" in and of itself. The Vatican will now be doing a full investigation as to whether Fr. Hamel's death constitutes an act of martyrdom.

The two men who murdered Fr. Hamel were shot dead by police. ISIS then took credit for the attack.