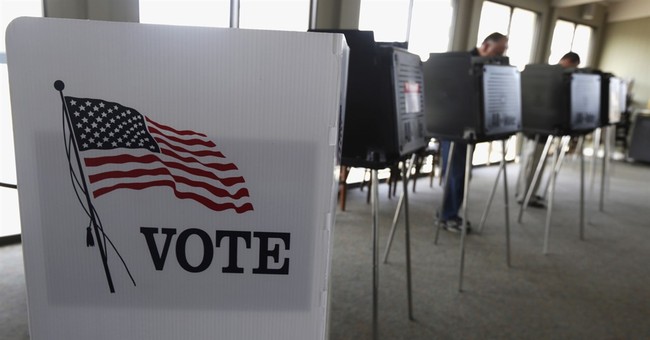 The curious case of the dead voters continues, this time in Virginia, where at least 19 people who are very much dead are very much registered to vote.

The FBI is investigating why 19 dead people were registered to vote in the town of Harrisonburg. The people were registered by a group that was attempting to register (alive) students to vote at James Madison University. The voter registration fraud was discovered when a clerk looking over the entries recognized one of the names as the deceased father of a local judge.

One case came to light after relatives of a deceased man received a note congratulating him for registering, Rockingham County Commonwealth’s Attorney Marsha Garst said Thursday.

“His family members were very distraught,” said Garst, who confirmed the existence of the FBI and police investigation but said she could provide few details because the case is ongoing.

All 19 were initially registered as voters in the Shenandoah Valley city of Harrisonburg, although a clerk double-checking the entries later raised questions about one. She recognized the name of Richard Allen Claybrook Sr., who died in 2014 at age 87, because his son is a well-known local judge. She happened to recall that the judge’s father had died.

Meanwhile, the zombie voter epidemic has also touched Colorado, where dozens of deceased people were found on the voter registration list and sent mail-in ballots. Great work, everyone!