Martha Stewart is Voting For Hillary 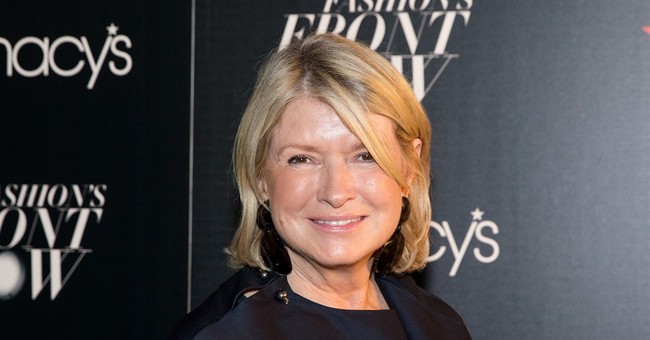 Martha Stewart, who once hosted a spin-off of GOP nominee Donald Trump's The Apprentice, will be throwing her support behind Hillary Clinton come November. Stewart called Trump "totally unprepared" for the presidency and highlighted the importance of the upcoming election.

This, she explained, made it "obvious" that she was going to vote for Clinton.

"This is the most important election of the last hundred years," she said. "We have to be very certain that we elect a person who has experience, knowledge, a base of education in the world of world politics as well as domestic politics and so obviously I'm voting for Hillary Clinton. And we just can't have a country run by someone who is totally unprepared for what comes."

In 2006, Trump blasted Stewart's rendition of The Apprentice for its low ratings. The two have not been friendly since then.

Stewart, despite being a convicted felon, is allowed to vote as New York restores voting rights upon the completion of parole.