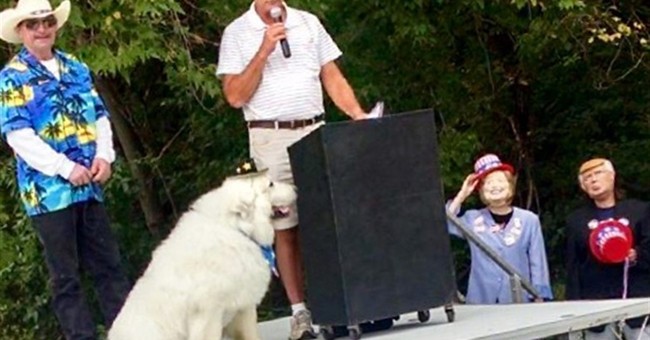 A dog in the Minnesota village of Cormorant Township has been elected to his third consecutive term as honorary mayor. Duke, a 9-year-old Great Pyrenees, is reportedly very good with children and has been "mayor" of the 20-person village since a successful write-in campaign in 2014.

The big, shaggy white dog was overwhelmingly re-elected at the sixth annual Cormorant Daze Festival. Anyone could pay a dollar and cast a vote.

Cormorant resident Karen Nelson says Duke "greets everyone" who comes to the village of about 20 people nestled among lakes about 180 miles northwest of Minneapolis.

Duke has not released any of his plans for the village, but one can assume his policies are very pet-friendly.