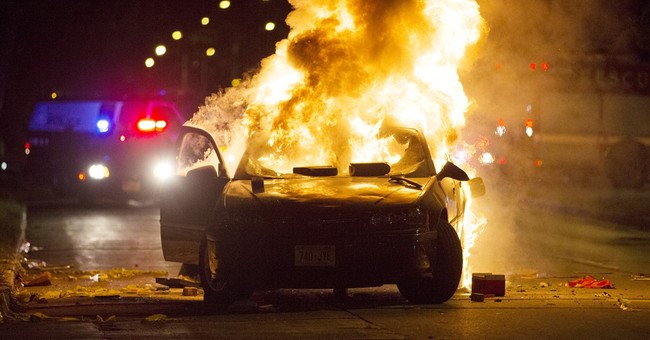 UPDATE: The man killed by police has been identified as Sylville K. Smith, a 23-year-old. The officer has not been identified, but it was revealed that he is an African American and currently fearing for his life.

Flynn confirms the officer who shot Sylville Smith is African-American himself and MPD fears for his safety. #Milwaukee

Riots erupted in Milwaukee on Saturday night after police fatally shot an armed man. A police car, auto-parts store, and a gas station were set on fire, and stores were looted by rioters. One police officer was injured by a flying brick.

Gas station at Sherman and Burleigh set on fire. MFD cannot extinguish fire as gunshots are being fired.