Ew: Women Are Tweeting About Their Periods To Protest Mike Pence 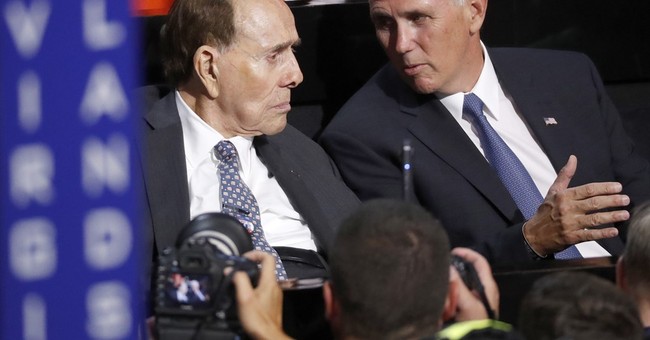 Well this is gross: liberals are trolling Donald Trump's running mate Gov. Mike Pence and the Trump campaign by sharing details about their menstrual periods to the candidates under the "#Periods4Pence" campaign. (There's also "#TesticalTestimonies" for men and #Tampons4Trump.) Pence is accused of being "anti-women" due to the various pro-life laws that have been proposed or enacted during his tenure as governor of Indiana. Over 70,000 people have "liked" the Periods For Pence page on Facebook.

Here are some of the SFW examples of the "#Periods4Pence" efforts:

.@realDonaldTrump & @GovPenceIN are VERY interested in your uterus. Tweet them, let them know how yours is #PeriodsForPence #TamponsForTrump

I might be moving to Indiana next year. Do I have to provide the state with proof of menopause? #PeriodsForPence #TamponsforTrump