Happy Canada Day to our neighbors to the north! To celebrate, here's a "flashback Friday" post of some of the highlights of President Obama and President Trudeau's friendship.

1. The "Dudeplomacy" between Barack Obama and Justin Trudeau


2. That time Obama crushed the soul of a nation by reminding them that a Canadian team hasn't won the Stanley Cup since 1993


3. Obama's toast to Trudeau at the state dinner, which included a Justin Bieber joke

4. This picture, which sparked a whoooole lot of fanfiction 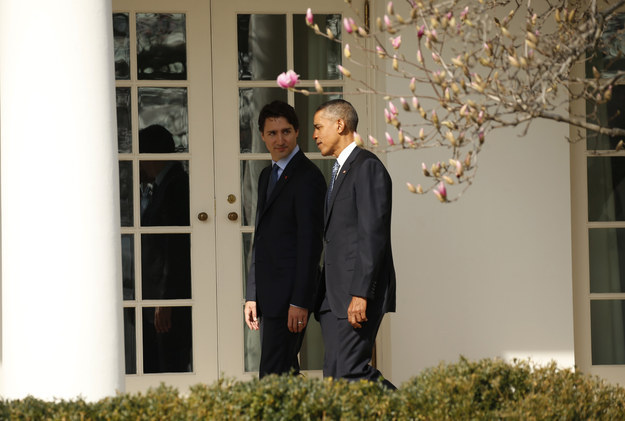 5. And of course, this atrocity