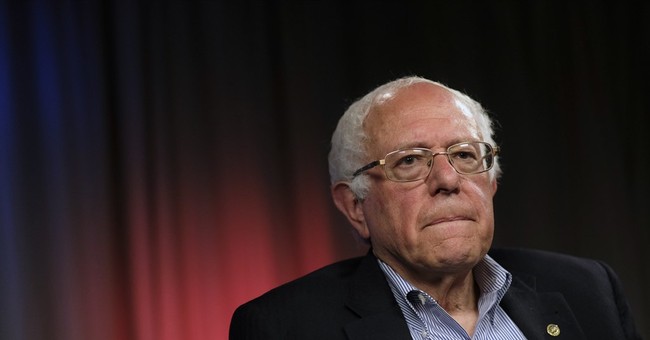 Sen. Bernie Sanders (I-VT) isn't doing too hot in the fundraising department. He's got less than $6 million in the bank this month, and that isn't good for his future endeavors. Hillary Clinton has five times as much cash as he does.

Sanders has also been spending money at a much higher rate than Clinton, and his fundraising has all but evaporated.

Sanders’ rival had five times as much money, according to new Federal Election Commission filings, beginning the month with $30 million in the bank.

The two were on roughly equal fundraising footing last month, with Clinton and Sanders each raising more than $25 million. But the Vermont senator spent almost $39 million to Clinton’s $24 million, the reports showed.

This year, Sanders has averaged more than $40 million in spending per month, underlining how quickly he could blow through the cash he had on hand at the beginning of May.

Sanders has pledged to stay in the race until the DNC, which will be held the last week of July in Philadelphia. This being said, it's going to be hard to argue a viable candidacy if there's no money to be had.

While Sanders' campaign was once on fire, it's looking as though things will be Berning out pretty quickly.