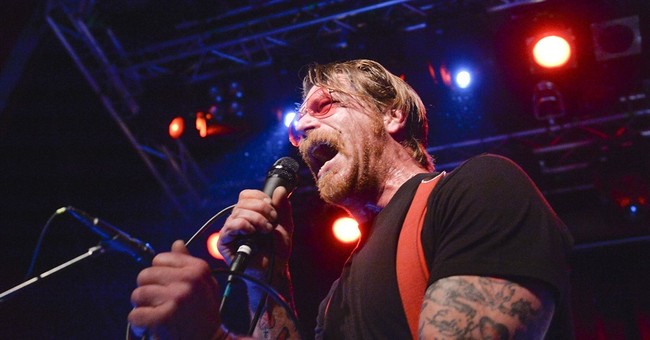 The band Eagles of Death Metal, whose concert was attacked by ISIS extremists during the November 2015 terrorist attacks in Paris, has been dropped from two French music festivals after lead singer Jesse Hughes said that he saw Muslims celebrating following the massacre.

The band was scheduled to play at the Rock en Seine and Cabaret Vert festivals later this summer.

The Rock en Seine and Cabaret Vert festivals took issue with an interview by singer and guitarist Jesse Hughes, who renewed allegations that Muslim staff at the Bataclan club had been involved in the attack.

“As we are in total disagreement with Jesse Hughes’s recent allegations given in an interview with an American media [outlet], both Cabaret Vert and Rock en Seine festivals have decided to cancel the band’s performance,” said a statement by the two festivals, which take place in late August.

This isn't Hughes' first brush with controversy regarding his comments on Islam. He apologized in March after implying that the security guards at the Bataclan had been tipped off to the attack. Hughes also gave a very emotional interview with French media about how gun control laws are foolish.

Eagles of Death Metal is currently touring throughout North America.