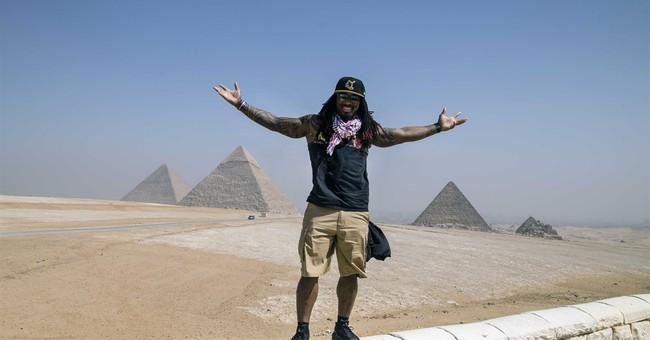 Pittsburgh Steelers running back DeAngelo Williams is waging a one-man battle against the "everyone gets a trophy" mentality. Williams decided to teach his kindergarten-aged daughter a lesson about winning and losing: he gave her teacher back her field day participation ribbon to encourage her earn a ribbon by placing in an event.

According to Williams, she then placed first in the next event.

Williams tweeted a picture of his daughter wearing the ribbons she won throughout the day.

I took her Field Day participation ribbon & gave it back to her teacher...then in the next event she got 1st place???? pic.twitter.com/SUusZsjjYW

While it may seem harsh to strip a participation ribbon from a young child, the majority of the replies to Williams' tweet were positive.

@DeAngeloRB Awesome! I think you have another career as a #MotivationalSpeaker to fall back on... #MattFoley #Farley pic.twitter.com/YdyL2zt8Ik

@DeAngeloRB lol good for you! I would have love to seen the look on her face!

I think Williams taught his daughter a valuable lesson, even if she is on the younger side. It doesn't do children any good to teach them to expect an award just for showing up--those things should be earned. Not everyone can win all the time. This is a parenting win.