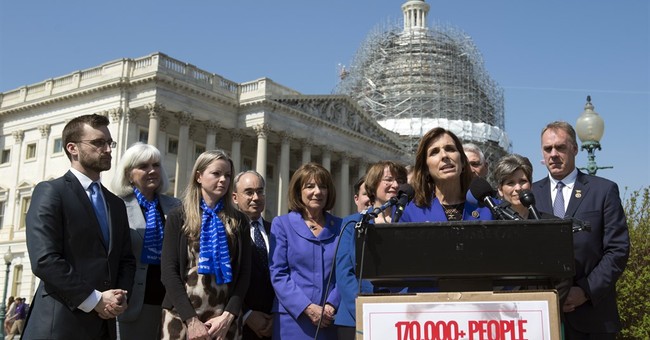 Congress has approved a burial plot in Arlington National Cemetery for women who served as pilots during WWII. The women served as Women Airforce Service Pilots, or WASP. They flew noncombat and training missions, but their jobs weren't entirely without danger--38 women died in service. Despite this, they weren't considered to be veterans until 1977, when federal law changed to acknowledge their service. Even still, the Army revoked the right of WASP to be buried at Arlington in 2015. Pending President Obama's signature, that will change shortly.

The legislation to reinstate their eligibility was introduced by Rep. Martha McSally (R-AZ).

[...]the WASP spent years fighting to win status as war veterans before a federal law finally recognized their military service in 1977. As veterans, the WASP had been eligible for years to have their ashes buried in Arlington National Cemetery. But that changed last year, when the Army revoked their right to be laid to rest in the veterans cemetery, citing limited space.

"The Army is giving some bureaucratic answer that makes absolutely no sense," said Rep. Martha McSally, R-Ariz., on Here & Now in March. McSally introduced the legislation to allow the WASP the honor of being buried at Arlington.

About 100 women who served in WASP are still alive.

This is fantastic news. These women served their country during a time of need, and should be recognized as such. Roles in the military for women were extremely limited in the 1940s--and these women did what they were able to do, bravely.