Bernie Sanders Accuses DNC Of Giving The Convention to Clinton 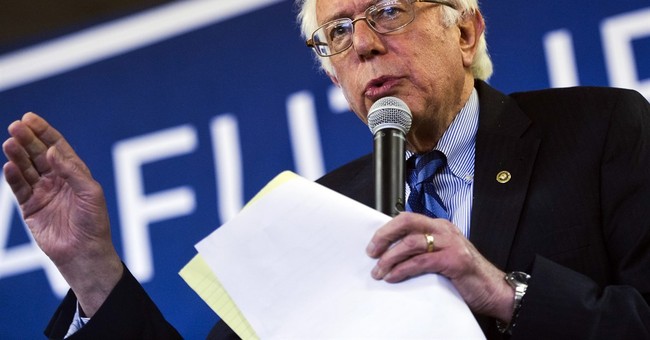 Sen. Bernie Sanders (I-VT) is not happy with the DNC--and he's written a pretty strongly-worded letter to Debbie Wasserman Schultz accusing her of essentially handing the convention to Hillary Clinton.

"I believe the composition of the standing committees must reflect the relative support that has been received by both campaigns," Sanders wrote in the letter dated May 6. "That was why I was so disappointed to learn that of the over forty people our campaign submitted at your request you chose to select only three of my recommendations for the three standing committees. Moreover, you did not assign even on of the people submitted by our campaign to the very important Rules Committee of the Democratic National Convention."

Sanders said that if the disagreement over convention committee appointments is not resolved, he would have his delegates move to change the platform on the floor of the convention.

"It is my hope we can quickly resolve this in a fair way," Sanders wrote. "If the process is set up to produce an unfair, one-sided result, we are prepared to mobilize our delegates to force as many votes as necessary to amend the platform and rules on the floor of the convention."

Sanders is still very behind Clinton in both pledged delegates and superdelegates, but has scored some surprise victories in Indiana and Michigan. He's expected to do very well next week in West Virginia.