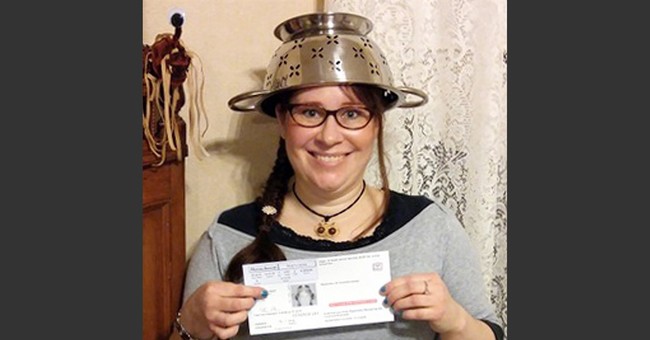 The Court finds that FSMism is not a "religion" within the meaning of the relevant federal statutes and constitutional jurisprudence. It is, rather, a parody, intended to advance an argument about science, the evolution of life, and the place of religion in public education. Those are important issues, and FSMism contains a serious argument-but that does not mean that the trappings of the satire used to make that argument are entitled to protection as a "religion."

Cavanaugh tried to claim that his status as a "Pastafarian" entitled him to the rights to wear religious clothing (which the Church of the Flying Spaghetti Monster describes as a pirate outfit) and to partake in communion (spaghetti and meatballs). A judge rejected these claims as well as his claims that he faced significant burden in practicing his religious beliefs.

The Church of the Flying Spaghetti Monster was founded in 2005 as a mockery to attempts to put intelligent design theories in school curriculum. Membership is acquired through the church website.

Other states, however, have ruled in favor of other Pastafarians, and allowed them to wear colanders (which FSMism describes as "religious headgear") in driver's license pictures.

While the Church of the Flying Spaghetti Monster is clearly a joke and a parody of religious beliefs, I'm not sure I'm okay with a judge deciding whether or not a religion is legitimate.