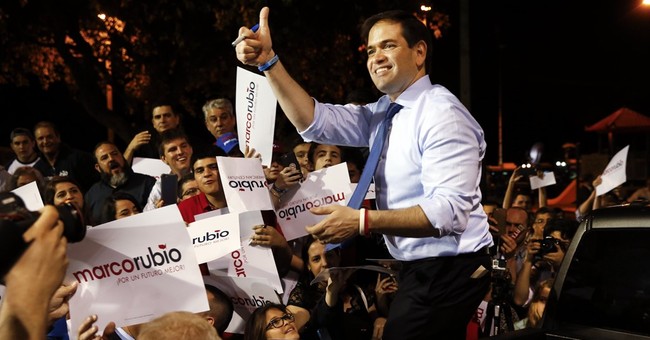 Sen. Marco Rubio (R-FL) has suspended his campaign for president after a massive loss to Donald Trump in Tuesday's Florida primary. At press time, Rubio was down by 18 points to Trump, having garnered only 27.5 percent of the vote.

The race was called shortly after polls in the panhandle were closed.

Rubio won Minnesota, Puerto Rico, and the District of Columbia.

In a tearful speech that was at one point interrupted by a heckler, Rubio thanked his supporters, while acknowledging that 2016 was not his year and that he would be suspending his campaign.