10,000 Young Migrants "Unaccounted For" in Europe 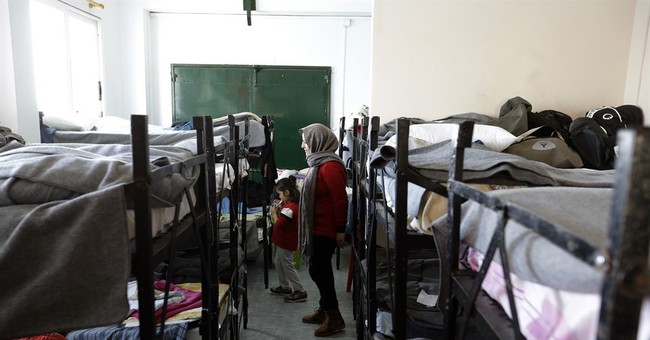 According to European authorities, approximately 10,000 unaccompanied minor migrants are "unaccounted for" throughout Europe, and there are fears that the children could have been exploited by criminal gangs or fallen victim to human traffickers.

Authorities dealing with Europe's migrant crisis have lost track of about 10,000 unaccompanied children amid fears that organized crime gangs are beginning to exploit the vulnerable youngsters, a senior official at the European Union's police agency said Monday.

Europol Chief of Staff Brian Donald said that the figure "would be a conservative estimate across all the countries that are dealing with this migrant crisis" over the past 12-18 months.

The revelation that so many youngsters are unaccounted for is the latest worrying development in the migrant crisis and underscores the risks faced by people fleeing conflict, poverty and persecution in the Middle East, Africa and Asia even once they have reached the apparent safety of Europe.

Donald said the estimate of 10,000 missing was based on reports by law enforcement authorities, governments and non-governmental organizations.

This is very sad, for all parties involved. If a country is going to accept a young, unaccompanied minor, it needs to make sure that they don't end up on the streets begging, involved in a gang, or being sold into sexual slavery. If a country does not have the resources to do this, then the child should not be accepted until it can be ensured that there's some sort of a safety net in place. No child should ever become a victim of human trafficking, and unaccompanied minor migrants are some of the most vulnerable children in the world. While I understand that there's a desire to help these children, there needs to be a system in place to make sure they don't fall through the cracks.